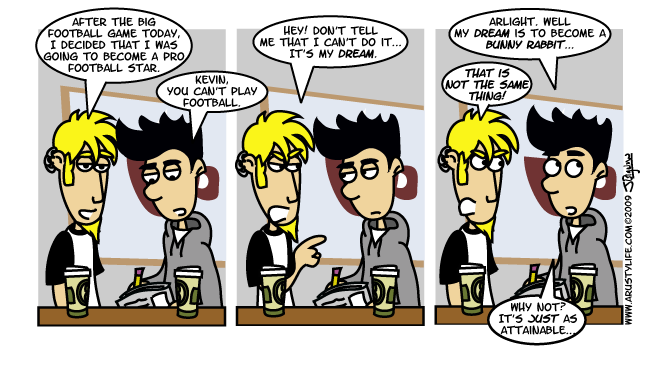 So the Super Bowl is over. I spent mine at a party with some friends and had a really good time. It was, in all probability, the first football game I actually WATCHED. It was pretty exciting. This comic was an actual conversation I had today. Picture Kevin as me. I've got a nice lineup of material to work on. I don't usually get super excited about my material while it's still in its planned stage but some of the upcoming stuff should become classic comics by the time all is said and done and I'm looking forward to dedicating the time nessasry to make them look good too. So I would definitly be coming around more this week and seeing if I can manage to get some extra material out.