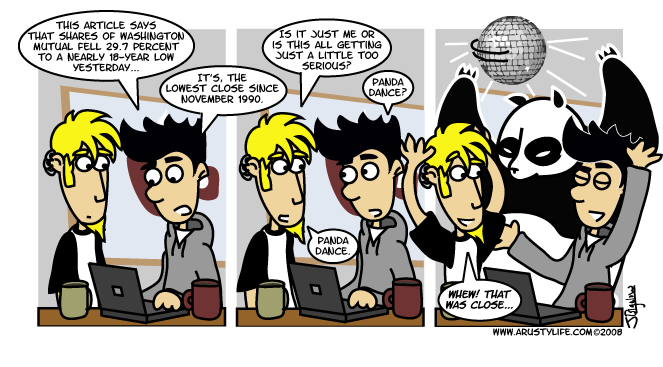 Comic for September 16, 2008 - 09/16/2008 Well. Better late then never. Even though it's Thursday, this is Tuesday's comic and I expect to be able to get to Thursday's comic still some time this week.  As far as the comic itself goes, I know it's a little random but I enjoy it. The general idea for this comic was created almost two years ago but I never ended up finding a way or reason to use it until today.